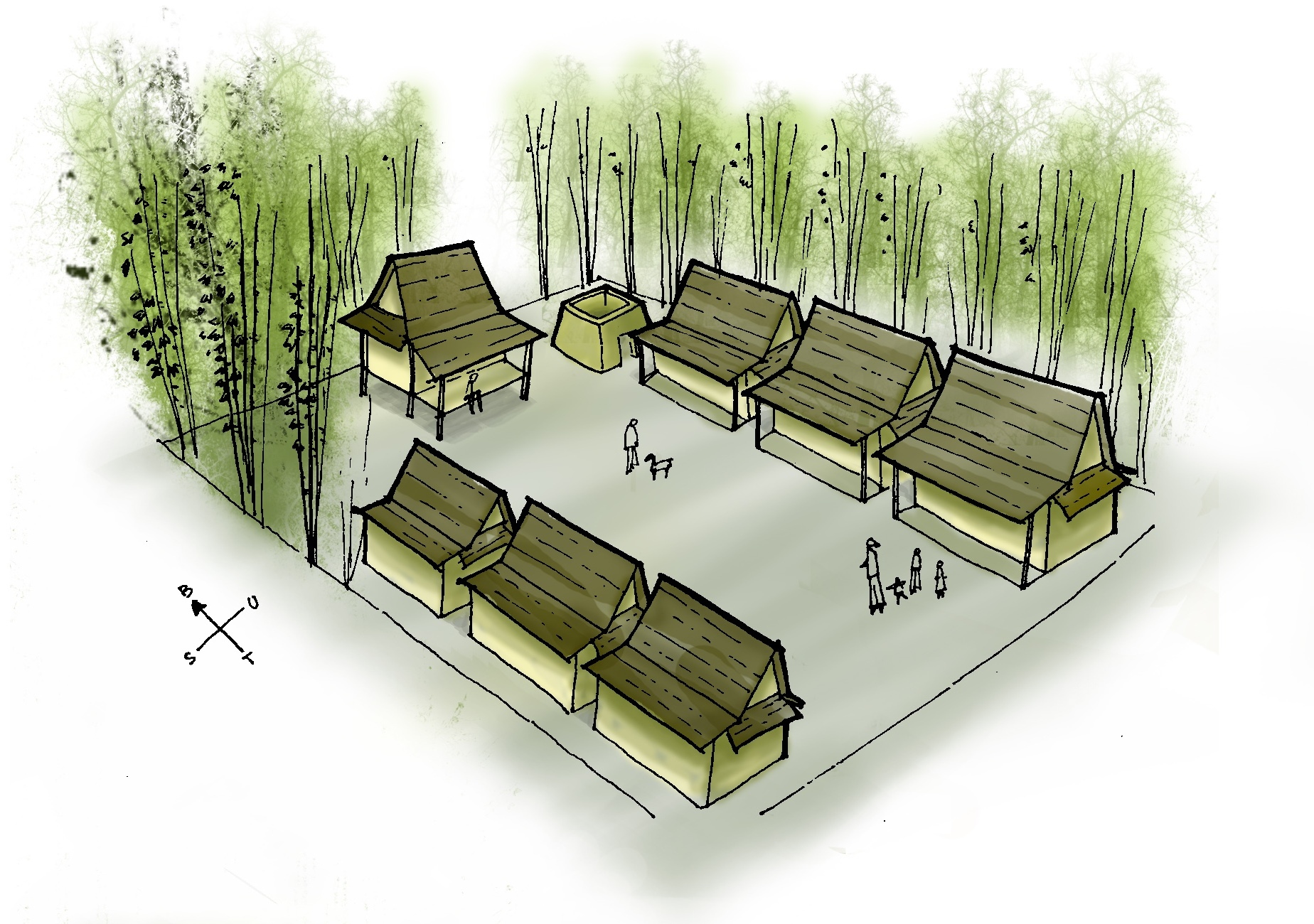 It was recognized that the impact of climate change with all currently underway. Face of the earth projected increase in air temperature, weather is unpredictable, and at the same time the availability of natural resources are running low. The urban environment as a space where people live and the move requires a new approach to adapt to climate change. Comfortable urban environment necessary to support the sustainability of human life. Especially with the increasing temperature of the earth, a new challenge for urban development. Madura, known as the island which has a temperature of hot air by natural conditions which tend to be barren limestone soil and natural resources are limited. Yet the urban environment Madura still exist to this day. Therefore, this paper tries to see how the traditional values ​​of Madura in synergy with the natural conditions are harsh, especially in the establishment of settlements and the urban environment. This study is to review the conditions of Madura traditional urban areas to small-scale settlements. On a regions scale, urban Madura grow organically, forming a hierarchical structure. Urban growth in a single location, with the function of market activity, boarding schools, markets, and central government, and the house that doubles as a shop (mixed-use). This model resembles the model of a sustainable city that is currently much a reference current urban development, Transit Oriented Development. However, this concept has evolved in the Madura since ancient times in traditional ways. On the scale of traditional neighborhoods have the concept of settlement Kampong Mejhi or Taneyan Lanjheng. A concept based on the culture occupied the family harmony that leads to an efficient land use. Tradition of planting bamboo grove surrounding neighborhoods into elements forming a conducive microclimate temperatures amid a heat Madura. Tritisan management has been done since the first buildings to capture rainwater as is currently known with rain water harvesting. Furthermore vernacular building designs which give priority to shading and openings make a comfortable environment and facilitate a tradition and kinship in shaping behavior in the neighborhood. Nature and traditional culture Madura synergize with harmony, forming a conducive living space, adapting to the house feels less natural. Madura environmental concepts, as an alternative concept of urban environmental planning Indonesia, in the face of current climate change phenomena.

16 Replies to “Harmonization of Space, Nature, and Traditional Culture of Madura: An Urban Environmental Concept for Adaptation to the Impacts of Climate Change”